When shopping for castor wheels, picking the right option for your needs should be the priority. The last thing you want is to buy several castor wheels that fail after a few weeks because you did not match them to your requirements. One area you should pay close attention to when purchasing castor wheels is the roll factor. You can only find the right wheels once you understand how certain factors affect castor wheel roll.

It is arguably the most obvious factor that affects castor wheel roll. Castor wheels can either be heavy-duty, medium-duty, or light-duty. As their name suggests, heavy-duty castor wheels can withstand tonnes of weight without compromising their roll. Most are equipped with a hydraulic system that helps cushion the castor wheel from a load's direct weight. Heavy-duty caster wheels are best suited for work environments, such as warehouses, airports and seaports, where there is constant ferrying of heavy loads. On the other hand, medium and light-duty castor wheels can only accommodate relatively heavy to lightweight loads. It makes them the best option for hospitals, commercial kitchens and construction sites. If you want your castor wheels to roll without a problem, match their recommended weights to your load needs.

Read in about 2 Minutes 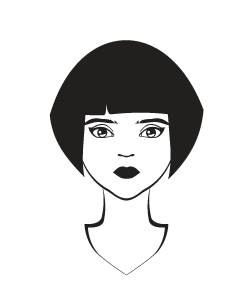 If the wheels on your car are not properly aligned this can cause all kinds of problems. My name is Francis and I would like to give you some advice on how to keep the wheels aligned on your car and the steps you can take to fix misaligned wheels. A couple of months ago, I noticed that the steering wheel of my car seemed to pull to the left whenever I was driving. I was worried about this so I took my car to a tyre and wheel auto repair shop. The mechanic inspected the wheels and said they were misaligned. He carried out work to realign the wheels and gave me lots of advice.